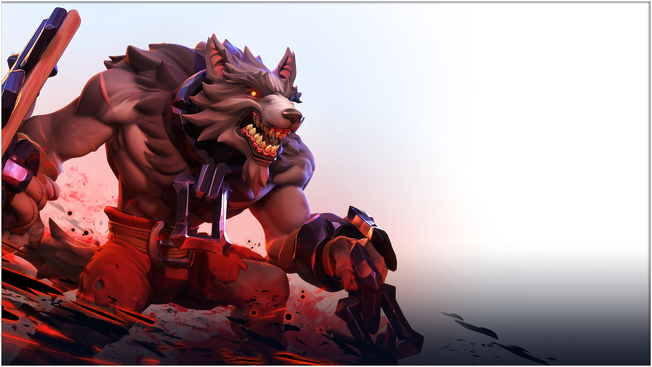 He is an elderly Wolfman. What's a Wolfman, you ask? Well, theories abound as to the origin of the affliction, ranging from curse to wolf bite. The reality is that nobody knows for sure, and Varag never was keen on giving explanations.

In any case, it meant he's been feared and loathed in equal measure, and more often than not, hunted by bigoted and mean-spirited humans. It is worth noting that, given his berserker tendencies, such hunts rarely ended well for the aforementioned fools.

That is, until a not so foolish bounty hunter finally captured him. Not one to hold a grudge, Varag now works hand in hand with other survivors to make it out of the city. After all, there's nothing like a zombie apocalypse to bring people together!

"I'd rather not hurt you, but call me a 'good boy' even once and I'll play 'fetch' with your bones."